Addo's career under threat after injury 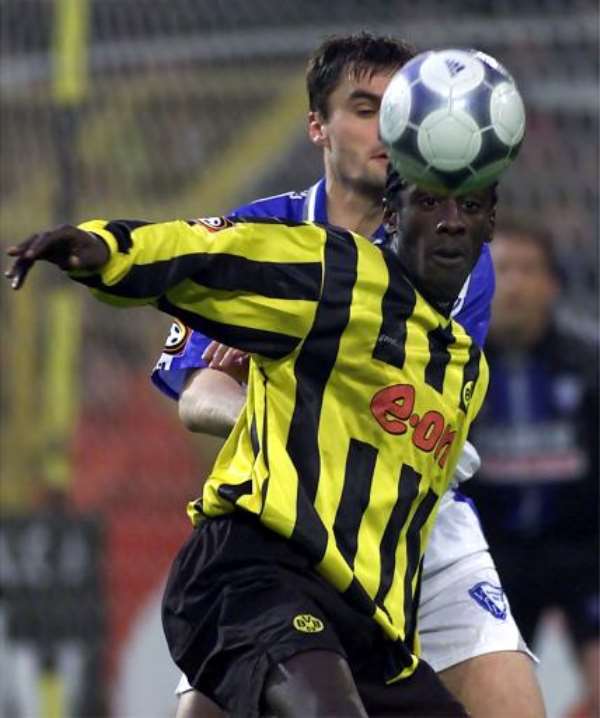 The German club said in a statement that further checks would be needed but they suspected that the 27-year-old Ghana international had torn ligaments in his right knee for the third time, in which case his career could be at risk.

Addo put Dortmund ahead against Vienna after 38 minutes before asking to be substituted.

Brazilian wing back Dede also hurt his knee in Wednesday's match. The club said it was not known how serious his injury was.

The 1997 European champions have 12 players sidelined with injuries.

Czech playmaker Tomas Rosicky joined the list just before Wednesday's game when it emerged that he needed an appendectomy.

German internationals Christoph Metzelder and Torsten Frings and Brazilian striker Marcio Amoroso are among those out of action.

Dortmund dropped to seventh place in the Bundesliga standings after losing 1-0 on Saturday to VfB Stuttgart, who went top of the table.