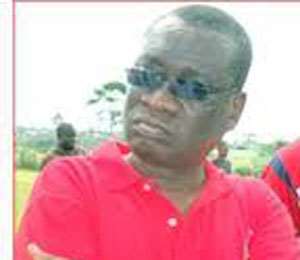 THE EXECUTIVE Board Chairman of Kumasi Asante Kotoko Dr K.K. sarpong has showered praises on business mogul and staunch Kotoko fan Kennedy Agyapong for pumping cash into the club.

Mr. Agyapong, a former Kotoko Board Member, drew praises to himself from the entire Kotoko family when he single-handedly took care of the Kotoko bills when the team traveled to Accra to face Hearts.

As if that was not enough, Mr. Agyapong, whose love for Kotoko knows no measure, has also promised to take care of Kotoko's bills for their remaining away matches of the league.

Dr. Sarpong, who is highly impressed with Mr. Agyapong's gesture, heaped praises on him for his unflinching support for the effective growth of the Porcupine Warriors.

He noted that managing a club as big as Kotoko is not child's play since it involves a lot of money; therefore he is grateful to Mr. Agyapong for his love and support for the club.

Dr. Sarpong entreated other loyal fans of Kotoko to emulate the shining example of Mr. Kennedy by helping the club both in cash and in kind to help Kotoko remain strong.