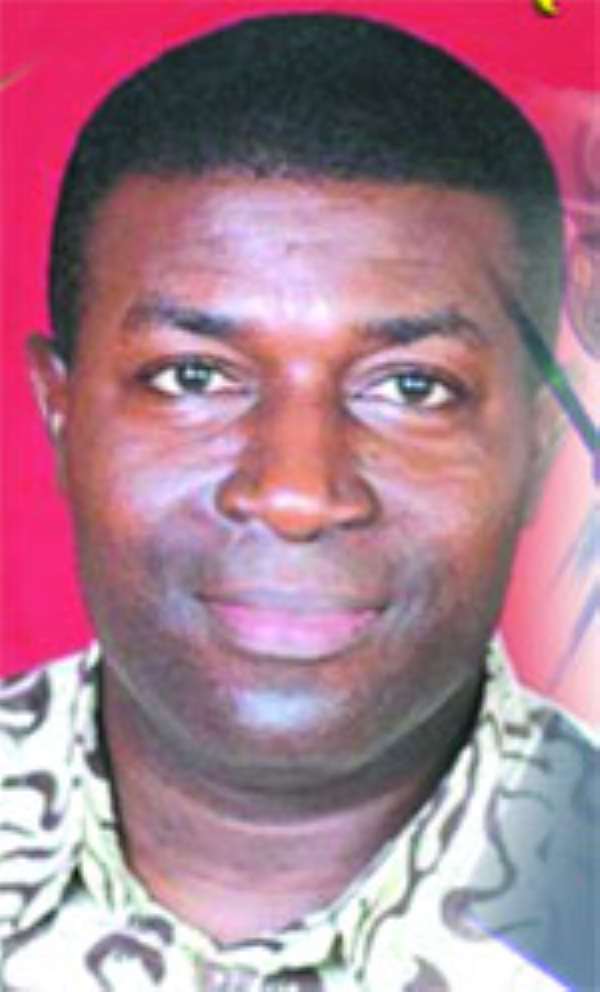 The Communications Director of the New Patriotic Party (NPP) 2012 Campaign team, Nana Akomea  has rubbished claims by the Former First Lady that her declaration to contest President John Evans Atta Mills in the upcoming presidential primaries of the ruling National Democratic Congress (NDC) does not amount to  a vote of no confidence in the presidency.

The Former First lady explained that her intention was not only to respond to the numerous calls by party members, but to lead the party in a different direction, and in the larger interest of the NDC.

Nana Akomea, however, thinks otherwise. He argued that the declaration of Mrs. Rawlings to contest the sitting President, has never happened before in the political history of this country, which therefore amounted to a vote of no confidence in the presidency.

He said the actions of Mrs. Rawlings indicate that the President has failed to perform and predicted interesting days ahead of the NDC.

'You cannot say that all is well with the NDC. The fact still remains that a vote of no confidence is being passed by no less a person than the wife of the party's founder, Nana Konadu Agyeman Rawlings,' he said on a Metro TV Good Morning show last Friday.

But in sharp rebuttal, Mr. Kofi Adams dismissed the suggestion and contended that it is only the NPP that would engage in such propaganda to score cheap points.

According to him, though there are challenges facing the current President which he should have tackled head on, the former first lady's intention was far from what Nana Akomea said.

'It is not true that her intention means a vote of no confidence on the President. Of course, the NPP would want to use it, but it is not true. It is about responding to numerous calls to lead the party and to continue from where President Mills would stop.'

Mr. Kofi Adams, the spokesperson for the Rawlingses, believed that one of the fundamental reasons why Nana Konadu was lacing her boot to contest was to change the leadership and also to avoid a possible defeat in 2012 general elections.

He said contrary to the assertions by the NPP, the dynamics that confronted the nation in 2008 generals elections are different from 2012 general elections which he said must be fought with a different candidate.

'The 2012 election is different from that of 2008. We believe that Nana Konadu is most suitable to make it easier for the victory of the NDC. It is to avoid a possible defeat,' he explained.

According to him, all things being equal, Nana Konadu Agyeman Rawlings would continue from where President Mills would leave, saying 'we need to energize the party and reduce apathy and attract more votes. She has the capacity to reduce NPP influence in some regions, because of her pedigree.

Mr. Kofi Adams, who spoke in a telephone interview with this paper, dismissed the assertion that it was the total failure of the current administration which prompted his boss to want to challenge President Mills, saying 'we want a presidency that can help and restore the hopes and the dreams of Ghanaians. Her intention has its own merits and demerits,' he noted.

To him, the NDC as a party has a problem on hand which he said must be confronted by a candidate who has sterling qualities to give the opposition another defeat in 2012 general elections.

He refused to answer what would happen next if Konadu fails in her bid, he said 'I thought you were talking about why she was contesting? If you want something about that, then party executives would be the appropriate persons to ask.

Kofi Adams, who described the alleged massive national endorsement of President Mills ahead of the party's congress, said despite the endorsements, his boss remains unfazed.

Meanwhile, a number of President Mills' loyalists have vowed to 'teach' the former President a lesson at the polls.

According to them, it is unfortunate that the founder, who was in support of President Mills, started attacking the Mills administration a few days after assumption of office, an attempt they believe was to prepare the grounds for the wife.

President Mills was also reported to have said that he was not afraid of any competition and that he would continue with his better Ghana agenda and to deliver to the aspiration and dreams of Ghanaians, in line with the party's manifesto.

On Voting Day: Media Tasked Not To Rush To Declare Their Own...
6 minutes ago