WHAT THE NIGERIAN REVOLUTION IS NOT ABOUT 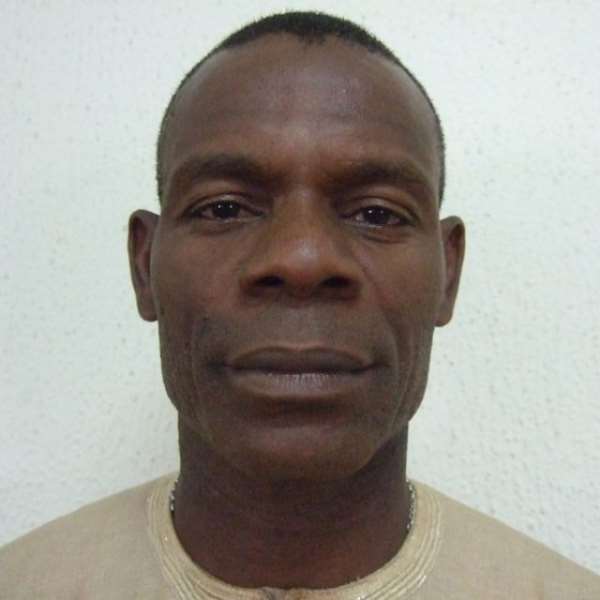 The Nigerian revolution has taken off well. However you look at it, it is not necessarily a big bang. So many players are yet to be sure of what is happening. As expected, the stages have taken off well but danger lies ahead if we do not make demands on those who will benefit from the transitional stages of the struggle, those whose fate brings them to midwife the process of change. We must not let another NADECO come about to set us back for decades. To this end, we must begin to channel events in their proper perspective so that the new Nigerians will know where and how to focus. Let us consider what this revolution is not about

We must understand that this revolution is not about change of baton from President Yar Adua to Vice President Goodluck Jonathan. It is not about respect of the provisions of the self contradictory 1999 constitution. Nor is it about the hollow 'rule of Law' as defined by the PDP led Federal Government, attempting to buy time and attention,, neither is it about getting the docile National Assembly, to reverse itself on its self chosen path to legislative perdition. Let us not think that the revolution is reducible merely to the protest that goes on now in the cities of Nigeria over varied related issues of governance and image problem created for the Nigerian state by a junta of senseless people regarding themselves a 'leaders of Nigeria', and being cheered along that pretext by our state sponsored ignorance and institutionalized mediocrity. No, this revolution is much more.

The Nigerian revolution goes farther than these early manifestations of its heat and essence. It is a driving force against all evil foisted on the Nigerian state by usurpers under varied guises over decades of deceptive existence which is coming to an end ,and you can feel this octopus trampling about knowing that its head has been cleanly severed by the sheer force of chivalry and determination of an unfairly maligned generation. While these activities are commendable and shows the hard work put in by the leaders who have reacted well to continuous media activity of dedicated Nigerians at home and abroad, we must acknowledge the leading work of Prof Wole Soyinka, Chinua Achebe, and others who were mandated to stake their credibility and reputation whilst working out the practical modus operandi for the revolution.

We must recognize the indefatigable Nigerian civil society led by Civil liberties organization metamorphosed into the umbrella body CD led by Dr Okei –Odumakin. On the Western front , how can we bypass Mr Femi Falana, the nearest thing to the late Gani Fawehemni who put constitutional shield to test leading to the confirmation of the revolution's strategy of 'from outside inside'. Since the President can rule from anywhere, as the pretender judicial helmsman was quoted as declaring to a court of law in interpretation of the section of the constitution that demanded temporary power hand over of an ailing President to his vice, the revolution can run from everywhere. Not forgetting the bravery exhibited by Pastor Tunde Bakare who staked his church and reported the first leg of the protest at Abuja via radio broadcast despite reactionary attempts to silence him. It accords with the transparency strategy-the revolution belongs to the people and they must know what is happening and what is to happen and the people must participate. This is the only way to save Nigeria by re-launching afresh the Nigerian dream just in time before the fake Nigeria led by usurpers, having wasted the hard earned political capital in the comity of Nations prepare to disappear.

What the protests is designed to achieve in the process of Nigeria's reemergence is a new kind of branding of Nigeria and Nigerians away from the negative image woven over the decades of truncated journey to nationhood. The protests will prove that Nigerians have human values comparable to all civilized nations of the world. Nigerians detest terrorism, extrajudicial killings perpetrated by those who hijacked the Nigerian state for decades. Nigerians will not condone suicide bombing and are not a religious state. Nigerian majority want progress and they say so and show they are saying so even at gunpoint. Also that Nigerians have leaders who are different from those the international community is dealing with right now and that the international community is wrong to have supported usurpers all along thereby creating their much vilified state sponsorship of terrorism in the fake Nigeria whilst unfairly maligning the true Nigerians. The leadership of the revolution by prominent Nigerians like Wole Soyinka, Chinua Achebe, Emeagwali, Oyibo is designed to create a value system that is easily identifiable to the international community and to Nigerians at home and in the Diaspora. These people are performers not usurper leaders. They are credible and their children do not get misguided as to blow up planes on Christmas days. For Nigerians to heed their verbal call for protest which kicked off at the seat of power of the usurpers at Abuja despite threats and intimidation amounts to the recovery of power back to the people spiritually, it is just a matter of time for the physical to join the bandwagon.

Talking about the bandwagon effect, you can see it yourself my friend. Nigerians in the Diaspora and at home have found their voice. As they protested in New York amidst the biting cold, leaders of the fake Nigeria were scampering away from sight so that they would not be humiliated by their mediocrity. Their External affairs Minister was really out of limelight when he got no audience anywhere, while the spotlight fell on the new Nigeria leaders who preferred transparency in the pursuit of their legitimate rights. Meanwhile the old system and its plans to spring surprise with another usurper clothed as a surrogate who would return to Nigeria to be photographed from afar by state designated photographers received the biggest blow since the rigged 2007 presidential elections with the confession of the erstwhile President and PDP Board of Trustees Chairman, Chief Obasanjo to the effect that he handpicked the President to run for office, although he argued that he was not put there evade performance. The implication of this revelation for International Relations is that the former 'helped 'an illegitimate sick candidate to power and that the Nigerian State he led could back illegitimate candidates and also rig them into power. It flushes away all pretext of democracy in Nigeria and should initiate widespread regret in the international community that truly they were dealing with an impostor government since 2007.It is understandable why the Foreign affairs Minister did not find a willing fool amongst his erstwhile colleagues to download his deception this time around. “They know too much already about your modus operandi and you can save them further disgust this time around”

Down home you know what is going on. While the carpet is being drawn from their feet, they are still busy horse trading as to who becomes what in the new Goodluck dispensation. As soon as they position themselves they sign the circulating demand for his swearing in. You can imagine the worlds most unimaginative National Assembly, so afraid to take a position until they are sure they will be retaining their seats come 2010.Even the 'ruling Party' members are dumbfounded how their sixty year rule dream is going up in flames under a confusion outside their control. Some still think that they would continue the business as usual under the new Goodluck dispensation and are already giving demands and conditions but they underrate Nigerians helped by their myopia, they cannot look beyond their noses to see the entire edifice crumbling to the last stone. They still cannot fathom what Obasanjo's confession means to office sharing and all designs to avoid electoral reforms before 2011 so called elections. It's a pity that politicians will not be able to adjust quickly to these sweeping changes and their babalawo is also helpless at these computer age changes overtaking Nigeria without notice, without waiting for the election year, without needing their monopolized money, without any headquarters, without borders, without limits. This revolution is not about cosmetic changes. It has nothing to do with the emergent Goodluck dispensation but will supersede it .It should be all or nothing. Nigerians in Diaspora should prepare to come back home and help in the rebuilding of our beloved nation. The wind of change blows on and now the world is ready for a new Nigeria.

Mr Nworisara aspired to be President of Nigeria in 1992.

Inside Politics: Political Quotes
Catch up with all the political quotes from our politicians.
Sponsored
More Political
Modern Ghana Links
NDC national elections: Why Danny Annan deserves the Chairmanship position
The Political Adjustments For Ghana's Economic Growth
The African Weakness that prevents it growth in all Aspects of Developments
IMO STATE: WHY EMEKA IHEDIOHA WILL NOT BE GOVERNOR IN 2015
DR. OKOTO'S TRIBUTE TO PROF. KOFI AWOONOR
ONE GHANA FOR YOUR POCKET.......WHAT YOU GONNA DO FOR XMAS ........TRAVELLING ON LAPAZ TOYOTA?
Ghana must THINK!!!
Hussein My Name President of U.S.A. America.
LETTER TO THE GHANA PRESIDENT WITH PREKESE GHANAMEDIA -PART II- THE IMPORTANCE OF OUR CULTURE
Election Reports Quotes Dossiers
TOP STORIES