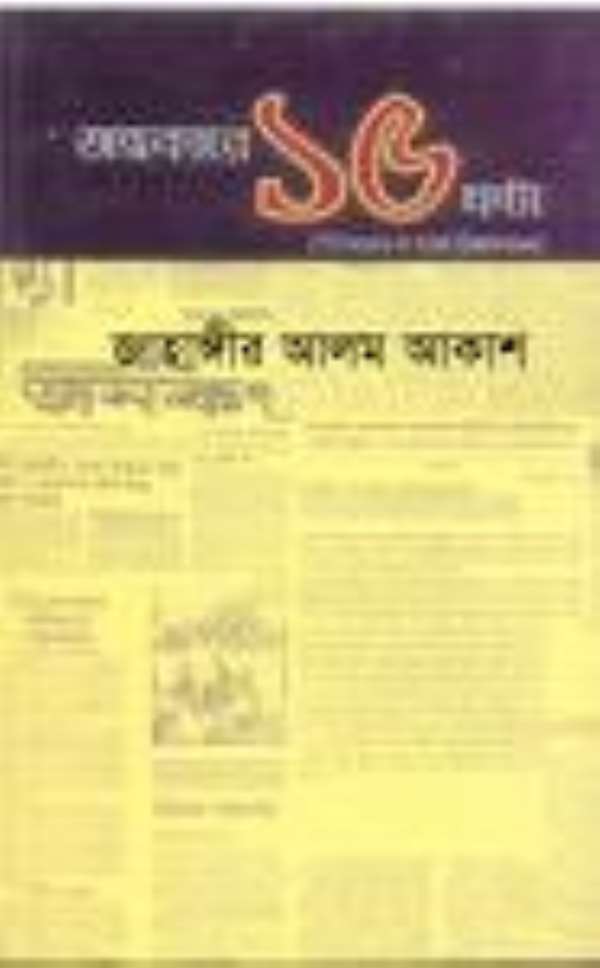 By Jahangir Alam Akash, The term “extrajudicial killing” means execution without justice. This is a grave human rights violation. It's both a violation of Bangladesh's constitution and of the UN's Universal Declaration of Human Rights. But these types of killings still occur frequently in Bangladesh.

The State Minister for Home Affairs and the Prime Minister of Bangladesh openly support the extrajudicial killings, despite the fact that Bangladesh signed the Universal Declaration of Human Rights and the Convention Against Torture. Not only that, the constitution of Bangladesh also safeguards the right to life.

We can see that state institutions such as the judiciary, the rule of law, regulations, the constitution and the national assembly have been disabled. The media's role regarding extrajudicial killings covered up under reports of “crossfire”, “gunfights” or “encounters” is negative and constrained. The media has only been publishing the normal reports about these encounters filed by the RAB or the police themselves.

A few human rights organizations have long been asking the government to stop the killings, terming them “extrajudicial”. Moreover, the High Court of Bangladesh, on June 29, 2009, asked the government to explain why killing people without a trial, in the form of extrajudicial killings, is not being declared as illegal, and why measures are not being taken against the perpetrators. After this ruling, we still haven't seen anything happen.

Extrajudicial killings continue even in violation of the High Court's ruling. How can they continue? It's very alarming for human rights, democracy and the right to life. And why is the High Court silent regarding this gross human rights violation?

Both governmental and nongovernmental sources have said that the death toll has reached 115 from such extrajudicial killings - labeled as “crossfire” killings, “encounter” killings or “gunfight” killings by the Rapid Action Battalion (RAB) and the police - since Jan. 6, when the Awami League-led government assumed office. In Bangladesh, we have a so-called democracy, but there is no rule of law. Every day sees more killings of citizens by the state machinery, killings which are both well-planned and covered up.

The government of Bangladesh has been violating the constitution and the Universal Declaration of Human Rights day after day since 2004. In 2004, the BNP-Jamaat government made a decision about extrajudicial killings and formed the RAB. From March 26, 2004 until Oct. 21, 2009, around 1,600 people have been killed without justice.

The government of Bangladesh has sided with the extrajudicial killings. Prime Minister Sheikh Hasina has also said, in an indirect way, that extrajudicial killings will continue. She spoke clearly, upholding “crossfire” killings. What was said by our popular Prime Minister Sheikh Hasina in New York is very unfortunate for the rule of law, democracy, the constitution, and the Universal Declaration of Human Rights, as well as the people of Bangladesh. (For more information, go to http://www.humanrightstoday.info/?p=1267)

Sheikh Hasina talked with journalists in New York on Sept. 27, 2009. Referring to “crossfire” killings at the time, she said, “I do not believe in extrajudicial killings. But if anyone launches an armed attack (against a law enforcer), then they shouldn't be allowed to kill them like sitting ducks.” (Source: Bdnews24.com)

In conclusion, I want to say that the reports of so-called “crossfire” killings, “encounter” killings or “gunfight” killings that are made by the RAB and the police are totally false. I believe that terrorism should never be combated or controlled through state killings. It is the establishment of the rule of law that is essential to control terrorism.

Latest Photo Reports
Catch up with all the political quotes from our politicians.
Advertise here
More Laws
ModernGhana Links
6 guide to Social media for lawyers in Ghana
My Due Love for Guernsey.
Challenge to Bangladesh
Army wanted to kill me and justice
The Police, BNI and the Rule of Law
BDR men killed one after another in the custody after mutiny
46 BDR were killed regarding mutiny!
Peace and democracy how far from Bangladesh?
Two more BDR members tortured in custody!
TOP STORIES

15 Assembly Members, others granted bail for cursing Regiona...
1 minute ago

I wanted to turn down Accra Regional Minister job because I ...
7 minutes ago