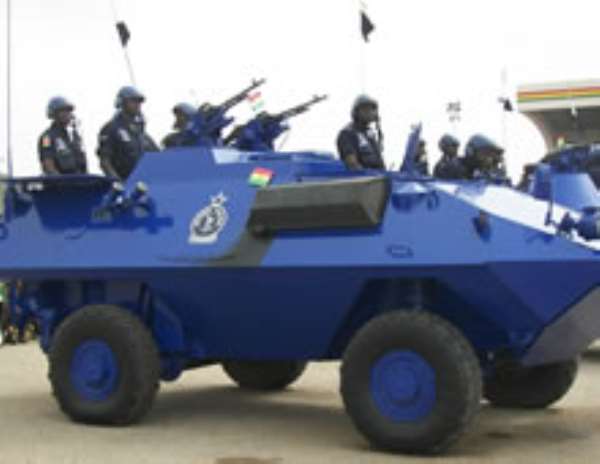 
The police administration has warned armed robbers to quit their trade or face the full force of the service.

In line with President Mills' quest for a more secure, violent-free society, the service at the behest of the IGP Patrick K. Acheampong is embarking on a nationwide security operation to rid the country of armed robbery and other violent crimes.

According to DSP Kwesi Ofori, Director of Police Public Relations, snap checks would be conducted in cars, swoops in suspected hideouts and a visible police presence will characterise the operations.

He told Joy News, 15 suspected armed robbers have already been grabbed in a swoop conducted in Accra and will soon be arraigned before court.

Substances suspected to be cocaine, marijuana and offensive weapons, were found on them and would be sent to the police forensic department for examination and certification.

DSP Ofori said the operation would be sustained until a desirable security for the country is ensured.

He also advised the police to adopt a more pre-emptive approach to fighting violent crimes.

Mr. Bentum also implored the administration to embark on a massive sensitization in order for the citizenry to be conscious of their own security.