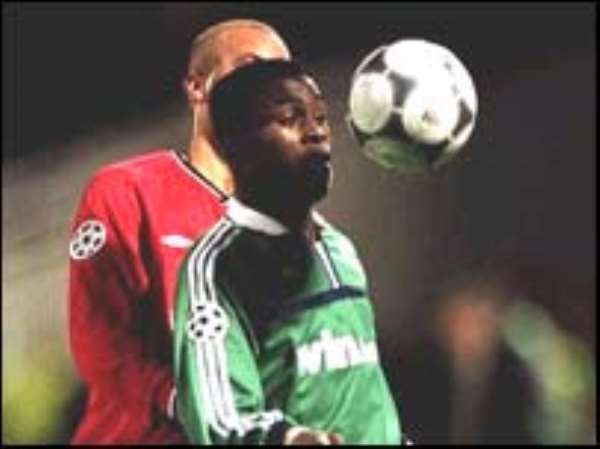 The 25-year-old is currently contracted to Beitar Jerusalem, but he has already held talks with the Bundesliga club, whom he would like to join immediately.

However, the two clubs cannot reach an agreement over the fee and the transfer is hanging in the balance.

"We have made Beitar an offer with the aim of allowing Boateng to transfer to Cologne as early as January 1, 2009 to get used to the Bundesliga for half a year.

"However, the expectations for the details of the transfer are still miles apart."

Boateng played three times for his country during the 2006 World Cup and admitted to Ghanasoccernet that it would be a dream to play in the Bundesliga.

"We all know that Cologne are one of the best teams in Germany and a move to the Bundesliga would give my career a huge boost," he said.