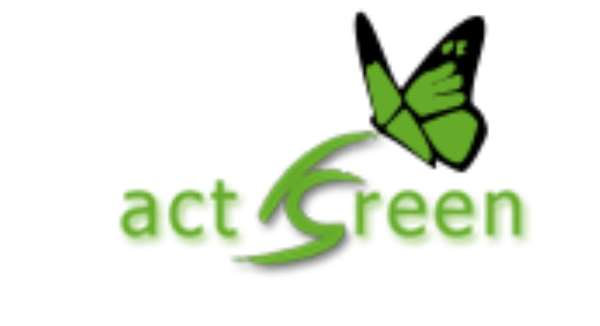 Issue about the environment encompass a range of concerns. These include life's choices, whether exercised with the big right thumb, the sly tongue or the dazzling virtuosity of a pen. Indeed, the considerations one has to deal with in discussing the subject, “Environment” are so many that they get one confused. Moral activists, for example, have expanded the issues  — and rightly so — by mixing advocacy for “naturalness” with politics. Such people call themselves “The Greens.”

I once attended a lecture on the Environment, delivered by Professor Hitoshi Kume, a Japanese Quality guru. He used imagery by likening the environment and quality of life to a pond of water and the atmosphere around it.

He represented all living things with a frog. He said that if we connected an electric heater to the pond and warmed it slowly, the frog's biological controls would attempt adapting to the ever-increasing temperature, but above a certain limit, the amphibian's body could no longer tolerate the heat.

The frog would leap out of the water, but may not find a cooler environment. He said that if we were to conduct the same experiment by adding small doses of a toxic chemical to the pond, the frog's biochemical regulatory system would attempt to accommodate the increasing toxicity up to a certain threshold when the animal would start dying gradually.

He concluded that if human beings were sensible, they would introduce neither heat nor poison into their living environment. Or, if they were already putting up with such a polluted environment, they would change it because it could only become worse.

Wikipedia defines Green Politics as a political ideology which places a high importance on ecological and environmental goals, and achieving these goals through broad-based, grassroots participatory democracy.”

It further explains that the political term “Green” is a translation of German, Grun coined from die Grun, the first successful Green Party formed in the early 1970s. The supporters share many ideas with ecology, conservation, environmental, feminist and peace movements. In addition, they pursue agendas of civil liberties, social justice, prevention of world hunger and non-violence.

The Green Movement has since spread rapidly around the Free World, even though many of the groups do not necessarily call themselves “Greens.” Often, we see or read about Greens embark on protests against practices that serve anti- economic ends. They condemn conventional capitalism which emphasises growth while ignoring ecological health.

Thus, in Ghana, civil society groups such as the Third World Network and ISODEC, who pursue advocacy on the activities of mining and logging companies are pursuing the Green agenda. They are opposed to operations that deplete God's natural provisions to the human race like water and minerals because they do incalculable harm to the environment, resulting in poverty and death. They are concerned about continuing loss of forest cover in the tropics and its impact on global warming and climate change.

Greens are not anti-progress as they are sometimes accused of. They recognise that every development results in destruction. They, therefore, advocate refinement of technology to limit the damage.

For example, they are putting pressure on China, India and South Africa, which use coal generated electricity to seek cleaner boiler technology to prevent acid rain and global warming. On world trade, The Green Movement is opposed to globalisation and has mounted great platforms to voice their opposition to trade agreements such as EPAs that marginalise Third World nations. They have taken on WTO and UNCTAD at every opportunity.

Greens mount strong advocacy for participatory democracy. They encourage local, grassroots-level political activity and decision making. Thus they hold that decentralisation of government administration as we see in Ghana in the form of district assemblies concept is key to sustainable development that brings peace. They would, however, warn that where the decentralisation agenda is poorly pursued, it could result in power being taken back from the grassroots by government-appointed district chief executives and a few well-connected people. The outcome, they say, is corruption.

The Green Movement has spread for the last 30 years and metamorphosed into political parties. But their success in mainstream parliamentary representation has not been quite impressive, except in Germany and the Scandinavia.

In Africa, Kenya is the only country with such a party. It has received worldwide recognition mainly due to the strong leadership of her head, Mrs Wangari  Maathai, whose work on conservation has won her a Nobel Prize. At the last count, the European Parliament had only 34 Green MPs out of 732.  Countries such as Canada and New Zealand have only recently recorded a Green Member of Parliament.

Ethical consumerism is one of the concepts that Green advocacy, though friendly to the Third World on most issues, can harm their economies when they urge boycott of certain products by the industrialised world.

Imagine the effects of a ban on cocoa products as punishment for child labour, and tropical hardwood to avoid deforestation. Greens are opposed to nuclear energy. They are also opposed to the dumping of toxic waste, wherever it occurs.

In Ghana, poor management practices at the public refuse dump at Oblogo and at the Teshie-Nungua fertiliser site should attract the wrath of the Green Movement.

In the spirit of non-violence, the Greens are opposed to the war on terrorism as being pursued by America in Iraq and Afghanistan. But there seems a contradiction here. Is terrorism by its nature not a violent act? There is no contradiction. The confusion is the definition of terrorism. Yes, Greens abhor violence everywhere, including polling stations.

Greens are never short of issues. Genetically modified food is one issue currently pursued with religious fervour. While they are not against its total ban, the Greens are asking for special tariffs that will protect the traditional crop farmer and encourage him to continue producing organic foods. Other Green concerns include extinction of minority languages and native cultures.

What does the future hold for the Green Movement? As a young man on attachment in the UK in 1988, I was invited to spend a weekend in the home of my mentor in the small town of Great Harsley, located between London and Oxford.

My host family took me to a dance organised by the communities in the vicinity to raise funds to enable them to hire the services of an attorney to fight off the Department of Trade and Environment. This ministry was planning a big, new township to lure industries and jobs to the area, but the residents said that it would pollute their quiet and peaceful environment. They did not want change.

The chairman for the evening crowed into the microphone: The new township is not welcome. This will be change for its own sake. It will generate noise, poisonous effluent, dust and smoke. The whole skyline will be clogged with crazy condominiums. It will bring an influx of all sorts — criminals and people without culture to change our way of life.

“We shall live like a Third World.” An old lady concurred enthusiastically, “Drunks, blacks and Indians with cultures of their own too. They breed uncontrollably and would put us in the minority. They will outvote us on every issue. Our English heritage will be lost!” As she held her mug of “mild” or “bitter” to her mouth, she turned around and noticed me, a black. She glowered.

I told my host that I could make no sense of the occasion. “You do not need development and jobs here?” His look was grim. “We know where you are coming from. A few more years and you'd start feeling like us.” Feeling like them we do at the moment with the conditions of filth, noise, overcrowding and poor infrastructural maintenance staring us in the face. We are indeed in a heated, poisoned pond.

Ms Connie Hedegard, the Danish Minister of Energy and Climate, stressed at a meeting in Accra recently that every good citizen must think green without necessarily belonging to a Green Party. You therefore need not look for a Green Party on the ballot tomorrow, December 7, 2008 when you go to make one of life's crucial choices fraught with dilemma: Do you change? Do you retain the status quo? The fate of the frog in the heated and poisoned pond is allegorical, depicting your living conditions.

Sensibly, in the secret environment of the cardboard booth, vote for a President who is green at heart.  If you must jubilate over the results, please do so without taunting your opponents. If your party loses the elections, accept the outcome with a big heart.

You will have performed your duty to God, country and self. Let us confound the prophets of fire and brimstone. The electioneering may have been hard, sometimes unreasonably dirty and as rough as a desert storm. But calmly shall it pass as in the words of Thomas Stearns — Elliot in The Hollow Men:

“This is the way the World ends,
Not with a bang but a whimper.”
By Joe Frazier