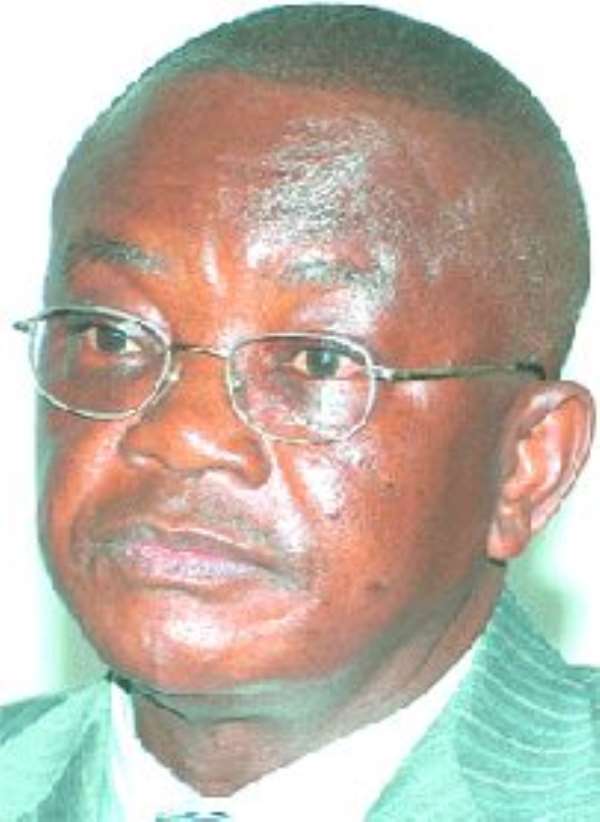 The Auditor-General, Mr Edward Dua-Agyeman, says the management of the public purse is now more transparent than ever before.

He cited the public sittings of the Public Accounts Committee of Parliament last year and this year and the prompt auditing of all ministries, departments and agencies (MDAs) as a demonstration of a strong commitment towards public accountability.


Speaking to the Daily Graphic in Accra yesterday, Mr Dua-Agyeman said various heads of MDAs had been called to account for their stewardship, under the full glare of television cameras and the press.


He said since 2003, the Audit Service had regularly audited and submitted reports on public accounts to Parliament.


Mr Dua-Agyeman said the reports of the Auditor-General for 2007 on the Public Accounts of Ghana (Consolidated Fund) and MDAs had been prepared and would be submitted to Parliament before June 30, 2008.


According to him, until the New Patriotic Party (NPP) administration assumed office in 2001, the Auditor-General's reports had been in arrears.


Mr Dua-Agyeman recalled a loan of $100 million which the National Democratic Congress (NDC) government contracted in 1993 from Lonrho Plc, pending the sale by the government of part of its shares in Ashanti Goldfields Company Limited.


He said the loan was not approved by Parliament before it was contracted, while the report of the Auditor-General for 1993 failed to mention it, nor did the Public Accounts Committee raise the issue in Parliament.


The Auditor-General said it was not until 2006 that he wrote to the Speaker of Parliament, informing him of the illegality of the loan, since it was not approved by Parliament.


He explained that Section VII of the Loans Act, 1970, provided that the terms and conditions of any loans obtained by the government shall not come into effect unless they had been laid before Parliament and approved by Parliament by resolution.


Mr Dua-Agyeman said he had indicated in his letter to the Speaker that the Loans Act did not make provisions for sanctions to be imposed where a loan had been contracted by the Minister of Finance without the approval of Parliament.


He also recalled that during the administration of the NDC, facilities that were made available to the 31st December Women's Movement, including the Trade and Investment Programme Fund in 1997 which he said was never repaid, were also not captured in the Auditor-General's report to Parliament.


“Loans contracted by the 31st December Women's Movement and guaranteed by the Government of Ghana were never reported on when the movement defaulted and the government had to service the loans and repay the principal amounts,” he alleged.


Mr Dua-Agyeman said during the administration of the Provisional National Defence Council (PNDC), there was no accountability whatsoever in respect of the disbursement of public funds, saying that the Auditor-General's reports were not submitted regularly to the PNDC.


According to him, “The reports that were submitted were not subjected to any scrutiny by the PNDC and the Secretary of Finance and the Controller and Accountant-General were not called upon to explain any adverse findings in the reports.”


He, however, explained that since there was no Parliament then, he did not expect any Public Accounts Committee to examine the reports of the Auditor-General.


Mr Dua-Agyeman commended the Kufuor administration for assisting to restructure the Audit Service to ensure that it performed effectively and efficiently.


He said the European Union had purchased a number of computers for the service, while the government had provided vehicles and other office equipment to support its operations, with the staff also having an improvement in their conditions of service.


He said a Public Affairs Unit of the service had been created to assist the media and any member of the public to know more about the operations of the Audit Service.