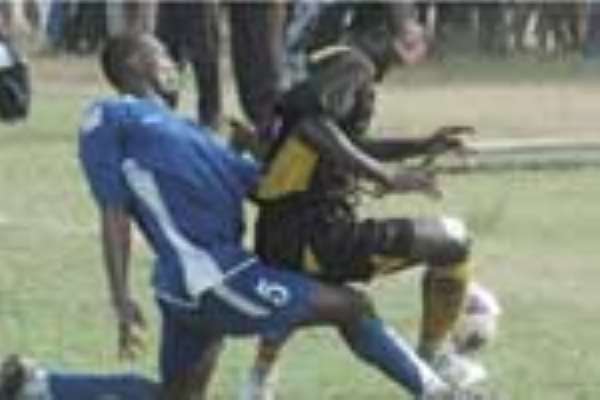 Though three matches were rained off yesterday, the Onetouch Premier League continued at the other centers, with Heart of Lions intensifying their chase on Asante Kotoko for the top position when they beat visiting Wa All Stars at the Kpando Park.

Local Black Stars hit-man Emmanuel Osei Banahene scored the only goal of the match in the 6th minute of the game.

Playing under the instructions of Coach Oti Akenten, Lions who played three men including Addoquaye Addoo and Dominic Adiyah upfront, saw their early onslaught bearing fruits after Banahene connected home a cross from a header.

Try as they did, Wa All Stars, spotting some new players such as Kwabena Dodzie and Godfred Yeboah from Kotoko, as well as former Black Stars left full back Habib Mohammed, failed to get the much needed equalizer.

Elsewhere at Abrankese in the Ashanti Region, Kessben FC drew one all with Ashgold.

Two goals in the first half by Francis Aggrey and Agyemang Badu as well as veteran Osman Sakora in the second half was enough for the Berekum lads to collect all the three maximum points at stake.

Meanwhile the matches between Hearts and Sportive in Accra , Liberty and Hasaccas at Carl Reindorf Park in Dansoman as well as Tema Youth and Olympics at Tema, which were all rained off, will come on today.