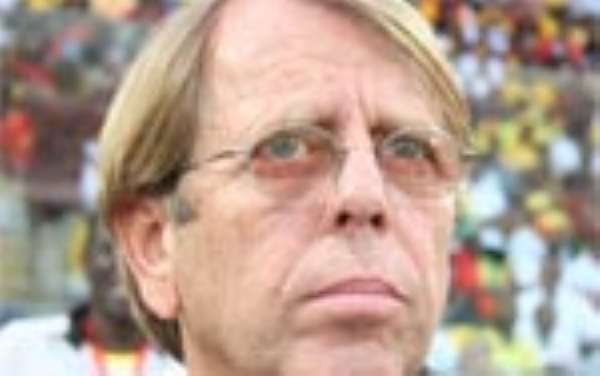 Black Stars head coach, Claude Le Roy, has called up his team for the reverse fixture of the African Nations Championship qualifier against Niger.

Le Roy announced his squad to begin preparations in Kumasi for the return match in Niamey on April 13.

Ghana beat Niger 2-0 in the first leg match of the preliminary round match at the Tamale Sports Stadium last week Sunday.

The new tournament is designed by CAF for players who play in the various domestic leagues in Africa.

The first leg win strengthens Ghana's quest of reaching the first round stage of the qualifying campaign.

The Africa Nations Championships is a new tournament designed by CAF for only home-based players of its member countries and it will be hosted by Ivory Coast from the 22nd of February till the 8th of March 2009.