What are the five most prevalent forms of torture and why? 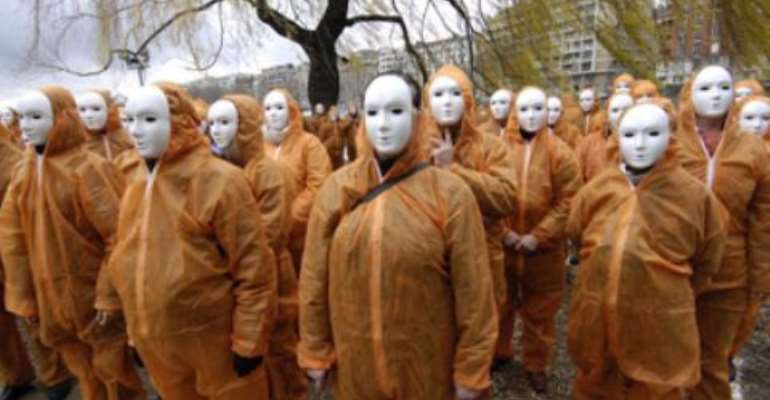 The book also mentions the most common forms of torture. The guide cites among the most common torture methods as "beatings, imposition of electric shocks, hanging by the arms or legs," mock executions and forms of sexual assault, especially rape [source: Amnesty International]. While four are physical -- or black torture -- mock executions are white torture (psychological) [source: Ceseraenu]. There is little distinction between black and white forms of torture; both are equally insidious. As the humanitarian group SPIRASI puts it, "Methods of physical and psychological torture are remarkably similar, such that one should not separate their effects from each other" [source: SPIRASI].

What follows are the five most prevalent forms of torture that prisoners throughout the world endure.

5. Beatings
One study of 69 refugees found that 97 percent of survivors reported being beaten at the hands of their captors [source: Olsen, et al]. "Beatings are universal, although implements may vary," writes Vincent Lacopino in "The Medical Documentation of Torture" [source: Locapino]. Beating torture can be as simple as punching, slapping or kicking a victim. Beatings may come spontaneously, or in conjunction with other methods. Tibetans held in Chinese prisons in the 1980s and 1990s reported suffering combinations of torture, including beatings and electric shock [source: Government of Tibet in Exile]. Beatings may also be delivered via instruments like hoses, belts, bamboo shoots, batons and other blunt weapons.

There are some specific methods to this kind of torture, too. The falanga (or falanka, depending on where in the world you're being tortured) method involves beating the soles of the feet. This type of torture can leave victims' feet insensitive to touch and temperature. It can also result in "pain in [victims'] feet and lower legs and a compensated gait pattern, usually with severe pain during walking" [source: Prip and Perrson].

Read about electric shocks and sexual assault as modes of torture on the next page.

Electric Shocks and Other Forms of Torture

4. Electric shocks
Electric shock torture methods haven't been around as long as many other widely used methods -- humans didn't figure out how to harness electricity until the late 19th century. Once established, however, electricity soon came into use as a method of torture. "Americans didn't just develop electric power," writes torture expert Darius Rejali, "they invented the first electrotorture devices and used them in police stations from Arkansas to Seattle" [source: Boston Globe]. Electrical shocks can be delivered using stun guns, cattle prods and electroconvulsive therapy (ECT) devices.

This type of torture can be as crude as running a car battery's current to a victim using jumper cables. Shocks are used as a torture method because they're cheap and effective. One 22-year-old Chechen survivor recounts being tortured with electricity at the hands of Russian military personnel: "They gave me electric shock under my fingernails and under the nails of my little toes so later I had to have the nails removed from my fingers and toes" [source: Amnesty International Danish Medical Group]. What's more, shocks leave behind little obvious physical trace of the agony they produce. One expert suggests, "Torturers favor electric torture because it leaves no marks other than small burns that, one can allege, were simply self-inflicted" [source: Rejali].

3. Sexual assault
Rape is a common form of torture, especially during wartime. Rape of men, women and children has occurred during conflicts across the globe. In the Balkan Wars of the 1990s, Muslim Bosnian women were subjected to systematic rape at the hands of Serb soldiers. In the Congo, from 2000 to 2006 alone, more than 40,000 women and children were raped [source: The Guardian]. In Rwanda in the early 1990s, an estimated 25,000 women were raped. Soldiers reportedly told their victims that they were "allowed to live so that [they] will die of sadness" [source: The Guardian]. Both men and women may suffer sexual assault. Whether the assaulter uses his or her body to inflict harm or brandishes a device to penetrate the victim's body, the act is constituted as rape. What's more, experts believe estimates of the number of men who've endured rape torture are low: "Men tend to underreport experiences of sexual violence. They may have doubts about their sexuality and fear infertility, and both sexes commonly experience sexual difficulties following sexual violence and may need reassurance about sexual function" [source: Burnett and Peel].

While sexual assault is defined specifically, some experts assert that all torture is a form of rape because the victim's body is violated. Read about two more prevalent methods of torture -- hanging by limbs and mock executions -- on the next page.

2. Hanging by limbs
During the Vietnam War, the Viet Cong employed a form of torture called "the ropes." In "Human Adaptation to Extreme Stress: From the Holocaust to Vietnam," the book's authors describe this type of torture many American servicemen faced after capture, explaining, "Although there were many variations of this torture, it usually took the form of tying the elbows behind the back and tightening them until they touched or arching the back with a rope stretched from the feet to the throat" [source: Wilson, et al]. The tension created in the muscles by this extreme tightening --exacerbated by hanging victims from their limbs -- can cause lasting nerve damage.

Dissident Turkish national Gulderen Baran was tortured by police when she was in her early 20s. In addition to other forms of torture, she was hung by her arms, both on a wooden cross and from her wrists bound behind her. Baran suffered long-term damage to her arms, losing strength and movement in one arm, and the other suffering total paralysis [source: Amnesty International].

1. Mock executions
A mock execution is any situation in which a victim feels that his or her death -- or the death of another person -- is imminent or has taken place. It could be as hands-off as verbally threatening a detainee's life, or as dramatic as blindfolding a victim, holding an unloaded gun to the back of his or her head and pulling the trigger. Any clear threat of impending death falls into the category of mock executions. Water boarding, the method of simulated drowning, is an example of mock execution.

The U.S. Army Field Manual expressly prohibits soldiers from staging mock executions [source: Levin]. But reports of some U.S. military members staging these executions have emerged from the Iraq War. In 2005, one Iraqi man questioned for stealing metal from an armory was tortured by being asked to choose one of his sons to die for his crime. When his son was taken around a building, out of the man's sight, he was led to believe that the son had been executed when he heard gun shots fired. Two years earlier, two Army personnel were investigated for staging mock executions. In one circumstance, an Iraqi was taken to a remote area and made to dig his own grave, and soldiers pretended he would be shot [source: AP].

American military are certainly not the only group to violate international law regarding mock executions as torture. In 2007, 15 Britons were captured by Iran's Revolutionary Guard. After their second night, the prisoners were lined up facing a wall, blindfolded and bound. Behind them, the detainees heard guns cocked, followed by the clicks of firing hammers falling against nothing [source: Daily Mail].

Despite bans against them, mock executions continue to be used as a means of torture -- perhaps because of their effectiveness in breaking a detainee's will. The effects of such threats on the victim's life are deep and lasting: The Center for Victims of Torture say torture victims who've undergone mock executions reported flashbacks, "feeling as if they've already died," and said they begged their tormentors to kill them to avoid further constant threat [source: CVT].

More Technology
Modern Ghana Links
Benefits And Importance Of Digital Marketing For Small Business
How to create a website
How to Convert Outlook PST to Office 365 Account Without Any Loss of Data?
How To Delete An Unsaved Sent Message On Whatsapp
How to Import MBOX into Outlook 2016, 2013, 2010, 2007, 2003
14 free websites to promote your business in Ghana(updated)
7 things to consider while online marketing in Ghana
How to Decide an Easy Way to Migrate OST to Office 365?
Social Media Selling in 4 Easy Steps
Dossiers Quotes Coronavirus
TOP STORIES