Law enforcement agencies and the battle on narcotics 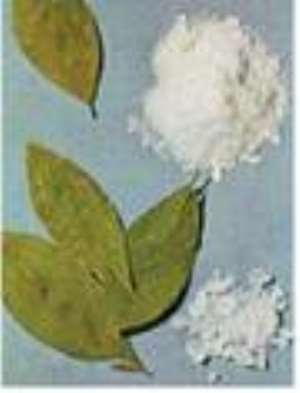 Dear Editor
Last two years, cocaine and other drug related stories and cases became the headline stories of the media and crowded the conversation of almost every Ghanaian. Prominent among the stories were the MV Benjamin vessel and the loss of cocaine kept at the Narcotic Control Board.

I wrote two articles on this issue “Ghana's image and drug trafficking” and “It is time to dismantle the cocaine empire in Ghana”.

A committee was set up and the report indicted some drug barons including some top brass of the Ghana Police Service.

The Justice Georgina Wood Report was so clear that it exposed the complexities of some police officials in the cocaine deal. ACP Kofi Boakye, the then Police Director of Operation's name was mentioned. In the trial process he metamorphosed from a defendant to a prosecuting witness. The trial ended with Kwabena Amaning (aka Tagor) and his accomplices being convicted and sent to prison.


Those whose names were cited by the report were not prosecuted nor did we hear of the recall of those lost drugs. The high rod of justice could not descend on those involved in the case. It was only Tagor and a few others who paid the price.

Cases of cocaine and other banned narcotic substances being transited through Ghana continue to increase. It was not a surprise when Mr. Kan Dapaah, Minister of Interior said in parliament that Ghana had become a transit point in the international drug trade. Day by day people are arrested at the Kotoka International Airport attempting to export cocaine to Europe, North America or the Far East. When a flight from Ghana touches down in London, Amsterdam, Frankfurt or New York passengers are subjected to critical search. The country is gaining notoriety.

Our only bastion against this nefarious trade, the police, who are supposed to help keep the nation free from the menace of the narcotic syndicates has not been very helpful in this regard. Rather, some of them have become involved in the business helping suspects to escape from arrest and prosecution.

Recently it was in a local newspaper that tension was mounting among police investigative officers at the Narcotics section of the Criminal Investigations Department (CID), of the Police Headquarters in Accra, over the strange disappearance of part of the 67 cartons of cocaine, which was seized at the Prampram beach on May 21, 2006. Police sources have revealed that narcotic substances in their custody were substituted with other substances, despite the fact that the door to the Narcotics Exhibits Store at the Police Headquarters was not damaged.

This is not the first time that has happened within the Ghana Police. In the year 2006 it was reported that some seized cocaine magically turned into kokonte at a police station!

A five-member panel has been inaugurated by the Minister of Interior to investigate the suspected narcotic drug substitution by police at the Criminal Investigation Department (CID), Headquarters of the Ghana Police Service. The action of the minister is welcome but the question still remains: Will the government have the boldness to prosecute all whose names would be mentioned in this clandestine act? Ghanaian authorities are very good at setting up committees and yet we fail to implement the report or such committees' findings.

To some extent this constitutes “wilfully causing financial loss to the state”, that is, to use tax payers money for investigations and fail to implement the findings or the recommendations. There are uncountable numbers of report findings at the Attorney General's Department. We lack the willingness to prosecute culprits yet we have the tendency to form committees to investigate things.

If we do not act now the consequences would be devastating. There is real danger as drug barons could infiltrate the legislature, judiciary and political parties which would destabilise all the country's democratic institutions. These people can fund a particular political party. We live in a nation where people adore wealth more than anything; moral integrity is secondary.

It is not only the police who are guilty of compromising the security of the nation for monetary gains. Some staff of the Internal Revenue Service (IRS), Customs Excise and Preventive Service (CEPS) and Valued Added Tax (VAT) Service have collaborated with businessmen and traders to evade taxes.

There is no human problem which cannot be solved. All that we need is the commitment and willingness. We can win the war on narcotics. In this country whenever a committee's report is sent to the executive, there is either a White Paper issued or the Attorney General's Office takes over. We can only succeed if independent investigators are given the mandate to do such investigations. The findings should not be left to the AG to decide who to prosecute and who not to prosecute. When independent investigators are given the right to prosecute the broom would sweep wider.