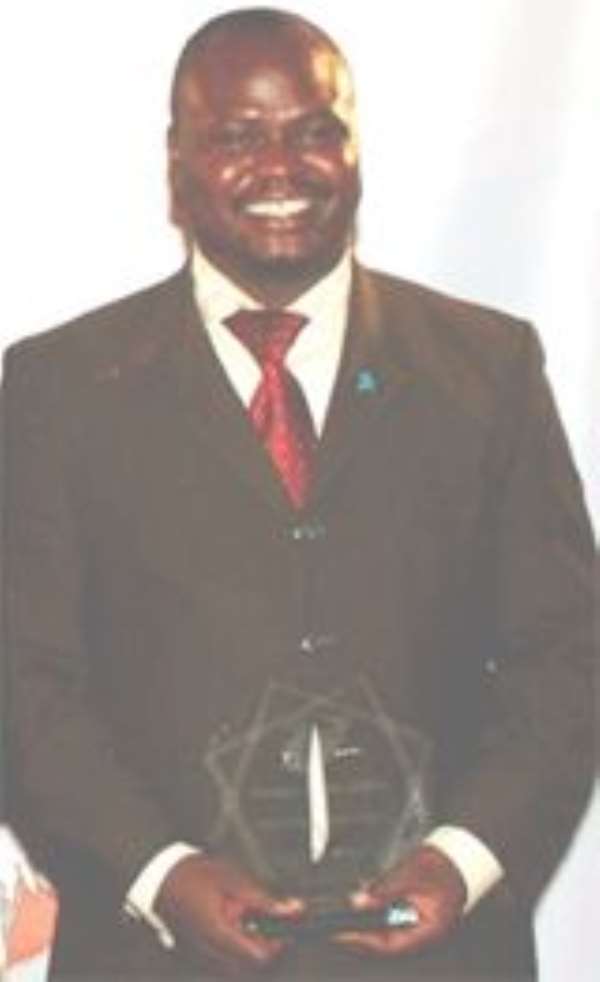 A Ghanaian, Mr Sammy Jacobs Abbey, who is involved in mediation and conflict resolution issues has been awarded the International Human Rights Hero Award for 2007.

The award is in recognition of his successful implementation of human rights education and leadership programme in Africa, Asia, Europe, North and South America, providing hope to thousands of youth and potential leaders.

In addition to conducting seminars for UN peacekeeping missions, Mr Abbey was made an honouring Peace Ambassador by the Apeadu Peace Centre at a ceremony witness by top UN officials.

The Artist for Human Rights presented the award at the Celebrity Centre International in Hollywood, Los Angeles, USA.

He became involved with Youth for Human Rights International in 2005 at its human trafficking conference held in the Cape Coast Castle.

In 2006, the United Nations asked him to give a series of human rights lectures to students from around the world at the UN headquarters in Geneva.

The programme was so successful that Mr Abbey is now conducting an on-line human rights teaching programme to the benefit of students around the globe.

Accepting the award, Mr Abbey recounted his motivation by the experiences he had while partnering with the United Nations in war torn areas in the world.

"Taking inspiration from Timothy Bowles, Director, International Development for Youth for Human Rights International, I was motivated to restore hope among deprived children and bring smiles to their faces," Sammy Jacobs Abbey said.

Within the last two years, Mr Abbey had travelled to over 48 countries virtually to every continent to teach and make the United Nations Universal Declaration on Human Rights a reality.

In his endeavour to make the United Nations Declaration on Human Rights a reality, he had had discussions with government officials, top UN officials and Human Rights institutions across the African continent to consider Human Rights Education as an important aspect of curriculum development.

Mr Abbey who is also an advisory member of the Commission on Human Rights and Administrative Justice (CHRAJ) and Human Rights NGO Forum, a coalition of human rights institutions and individuals promoting human rights education in Ghana dedicated his award to all people who one way or other are working and helping to bring smiles to the faces of Children.

I don’t know him – Afoko denies knowledge of prosecution wit...
1 minute ago