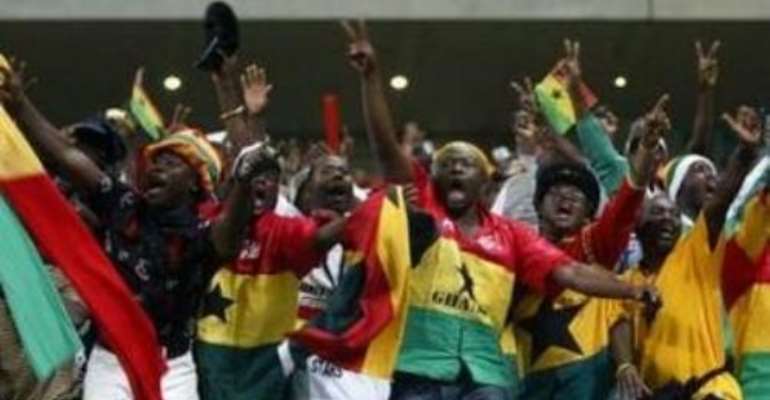 Coalition of Supporters Unions of Africa (COSUA),a group, which seeks, among other things, to unite Africans through sports and provide unified support to the six nations that will represent the continent in the 2010 World Cup, was launched last September in Accra.

According to a statement signed by National President of SUGHA, Mr. Sarfo Abebrese, it indicated that " as we prepare for the hosting of CAN 2008, you will share the vision of a united front with us and grant us a date for our two executives to meet and address the foregoing in the supreme interest of our dear continent and our dear nation"

The statement added that "COSUA, will in a long term tackle problems of poverty, conflict, social and political instability through sports."


Meanwhile, the Executive Council and Council of Patrons of SUGHA, have sent a congratulatory message to the GFA and the Black Stars for reigning supreme in their international friendlies against Japan and South Korea a few weeks ago.

"We look forward to providing the team with massive support in your next two friendlies against Australia in the UK and Argentina in the USA to ensure that the blazing of the victory trail continues," the statement signed, by Dr. Ken Aryeetey, the Vice President of the Union, noted.

Also, SUGHA has congratulated Ashantigold Sporting Club for lifting the Macufe Cup in South Africa. The Ashanti Regional President of SUGHA, Mr. Kwabena Gyanfi a.k.a Joe Lankah has given the assurance of the Union's continued support in their future campaigns.