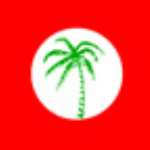 The People's National Convention is a political party in Ghana. At the elections held on 7 December 2004, the party was part of the Grand Coalition, which won four out of 230 seats. Edward Mahama, candidate of the Grand Coalition, won 1.9% of the vote at the presidential elections. At the December 2008 elections, the party won two seats in Parliament. For the fourth time in a row, Edward Mahama was the presidential candidate. He received 0.8% of the vote. Hassan Ayariga was elected in 2011 by the party to stand in the 2012 presidential election.[1] Ayariga received 0.22% of the vote.[2] The party elected new officials in 2016, with Edward Mahama becoming its presidential candidate and General Secretary Bernard Mornah becoming the Chairman Electoral performance The PNC has contested all national elections since the inception of the fourth republic apart from the 1992 parliamentary election, which was boycotted along with other opposition parties.