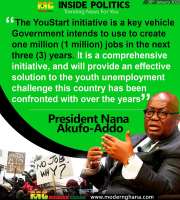 Ghana belongs to sixteen UN organizations and twenty-four other international organizations, including the Commonwealth. Nkrumah saw the UN as the most effective forum for small, poor countries such as Ghana to exert some influence in a world dominated by more powerful nations. As it had with the Commonwealth, Ghana, a leader among countries of the developing world, sought to enlarge the UN role in economic development and to make it an effective force for world peace. Ghana was also a leader of the African countries that lobbied to advance the cause of freedom in Africa. Nkrumah made the UN Charter a plank of Ghana’s foreign policy and helped to make the UN a forum for nonalignment as he maneuvered with other Afro-Asian leaders between East and West. Among Ghanaians who have achieved world prominence in the UN is Kenneth Dadzie, who from 1986 to 1994 was Secretary General of the UN Conference on Trade and Development.

The PNDC preserved Ghana’s commitment to the ideals and objectives of the UN. In recognition of Ghana’s strong commitment to African causes and its active involvement in the General Assembly, Ghana became one of the African countries elected to a non-permanent seat in the UN Security Council during 1986-87. Ghana has also contributed troops to UN peacekeeping operations around the world, including Iraq-Kuwait (1991), Cambodia (1992-93), and Rwanda (1993-94).

The PNDC also maintained Ghana’s active membership in the NonAligned Movement. Indeed, the 1991 diplomatic highlight of the PNDC government was its successful hosting, in Accra in early September, of the tenth ministerial conference of the Non-Aligned Movement. The meeting attracted one of the largest contingents of foreign ministers of all recent African conferences.
Ghana also hosted a well-attended conference of nongovernmental organizations in Accra in late August 1991 as a prelude to the nonaligned conference. The conference concerned itself with economic development, peace, and a just world order.

In honor of Kwame Nkrumah, Ghana’s first president and a founding member of the Non-Aligned Movement and of Pan-Africanism, the PNDC commissioned the Kwame Nkrumah Memorial Park and the Nkrumah Mausoleum in Accra on July 1, 1992. The remains of the late president were brought from Nkroful, his birthplace, and reinterred in a moving public ceremony. The park and the mausoleum fulfilled a pledge made by the PNDC in 1990 to commemorate Nkrumah’s contributions to Ghana and to Africa by means of an appropriate memorial.