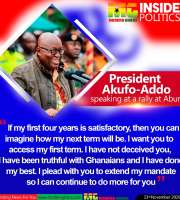 Despite the revival of the export sector, most Ghanaians continued to find employment with the government or to rely on informal employment for their livelihood. An increasing number of Ghanaians also turned to smuggling or to crime to earn a living. Reductions in the number of government workers had not been absorbed in the export sector by the early 1990s. At the same time, wages had not kept up with the cost of living. The government also sought to reform the education system, because increased education often led to better jobs and higher wages. However, because students were expected to bear an increasing portion of the cost of their education, it was unlikely that the poorest Ghanaians would be able to take full advantage of the school system.
National Requirements
Although the Ghanaian labor force grew throughout the 1980s, the structure of employment remained relatively stable.  Between 1981 and 1988, the official number of workers grew by almost 100,000. Despite efforts under the ERP to stimulate private production, public-sector jobs still accounted for more than 80 percent of total employment over the decade. Employment in the public sector rose every year between 1981 and 1985 (from 175,700 to 397,100), but thereafter fell three years in a row, standing at 251,500 in 1988. By 1992 the number of public sector workers had grown to an estimated 595,000, although some 55,000 had been made redundant.
Considering the relative importance of public-sector employment, ERP policies to reduce the scope of state enterprises had a profound impact on patterns of unemployment. In the mid1980s , cutbacks at Ghana Cocoa Board (20,000 jobs), Ghana National Trading Corporation (2,000 jobs), and the shipping enterprise, the Black Star Line (1,000 jobs), contributed to nearly 30,000 job losses in the parastatal sector alone by the end of 1986. The civil service lost an estimated 15,000 jobs in the same period. In 1990 fifteen of the remaining state-owned enterprises reduced their payrolls by about 13,000 employees; no figures were available for losses resulting from the liquidation of an additional twenty-two state enterprises that year.
Although ERP policies resulted in the loss of many jobs for Ghanaians, their implementation met relatively minor resistance from organized labor. The most serious challenge came in 1986 on the issue of income rather than that of layoffs. The unions threatened action in response to the government’s decision (under pressure from the IMF) to abolish leave allowances, a crucial benefit that substantially supplemented low public-sector wages. In response, the government reversed its decision and revised the 1986 budget. After that, the government stepped up taxes on allowances and, in some cases, consolidated them into wages and salaries. Meanwhile, the unemployed continued to express concern over the slow materialization of end-of-service payments. In response, the 1992 budget contained proposals for packages comprising down payments, shares in profitable state-owned enterprises, and interest on deferred payments.

Real wages and salaries are estimated to have fallen by an enormous 83 percent between 1975 and 1983 and to have continued to fall through 1989, forcing many workers to seek additional sources of income. The level of real wages reached in 1988 was less than half that attained in the mid-1970s; nevertheless, the government was committed under the ERP to holding down inflation and hence, wages. In the 1990 budget, the government linked pay increases to productivity, inflation, and companies’ ability to pay. With some exceptions, notably a one-time allowance for civil servants to compensate for increased fuel and transport costs in 1990, publicsector wages increased roughly in line with projected inflation in 1989, 1990, and 1991; however, in 1992, the government, which had scheduled elections late in the year, granted a salary increase to public-sector workers. Although no recent data were available for the private sector, wage increases under collective bargaining arrangements appeared to have been relatively modest.
Although increases in the minimum daily wage under the PNDC appear spectacular, they are linked to the steady devaluation of the cedi and have not overcome a constant erosion of worker purchasing power. Beginning in April 1984, the government increased the minimum daily wage to ¢35, then to ¢70 in January 1985, ¢90 in January 1986, and ¢122 in 1987. In March 1990, the minimum wage was raised to ¢218, and by August 1991, it had risen to ¢460, an increase of 111 percent as agreed to by the government, the Trade Union Congress, and the Ghana Employers Association.
In the face of popular elections and increasing strikes, the government agreed to massive pay raises at the end of 1992, including a 70 percent increase for nurses. Overall, civil service pay raises added more than ¢50 billion to the wage bill, reaching ¢175 billion in 1992, or 50 percent of government revenue. At the same time, the government moved to contain the wage bill by freezing staff recruitment in public-sector organizations as well as state salaries that exceeded those in the civil service.