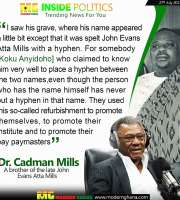 Control of money-supply growth and liquidity management have been among the ERP’s most difficult tasks, and expansion has generally exceeded targets for most of the 1980s. The initial phase of monetary policy (1983-86) focused on reducing government borrowing from the domestic banking system and on using quantitative controls via credit ceilings. Although these succeeded in reducing domestic credit growth, larger than expected foreign earnings and the money market’s inability to process them efficiently contributed to a rapid expansion in the broad money supply until the late 1980s.
The subsequent introduction of more dynamic monetary policies in 1989 involved a phase-in of indirect controls and market-based policy instruments. A further series of measures was introduced in 1990 to strengthen the responsiveness of interest rates to changes in liquidity conditions. There followed a phased increase in the Bank of Ghana’s rediscount rate from 26 percent to 35 percent by mid-1991, the introduction of three- and five-year instruments later that year, and a widening of access to Bank of Ghana financial instruments in favor of the non-bank financial sector. The policies were quite effective. Money supply growth was brought convincingly under control in 1990 and 1991; however, a decline in interest rates and in monetary control, compounded by salary increases in the public sector, prompted monetary growth in 1992.
In January 1994, the Bank of Ghana relaxed its monetary policy. As a result, the government’s 91-day treasury bill discount rate was lowered five percentage points to 27 percent. The interest rate equivalent of the discount rate fell from 34.78 percent to 28.95 percent. Savings deposit rates also fell in December 1993 from 17.5-22 percent to 15-22 percent. The wider range suggests competition for funds in the banking market. The range for longerterm money (two-year) declined from 22-32 percent to 25.2-28 percent.

Ghana has a well-developed banking system that was used extensively by previous governments to finance attempts to develop the local economy. By the late 1980s, the banks had suffered substantial losses from a number of bad loans in their portfolios. In addition, cedi depreciation had raised the banks’ external liabilities. In order to strengthen the banking sector, the government in 1988 initiated comprehensive reforms. In particular, the amended banking law of August 1989 required banks to maintain a minimum capital base equivalent to 6 percent of net assets adjusted for risk and to establish uniform accounting and auditing standards. The law also introduced limits on risk exposure to single borrowers and sectors. These measures strengthened central bank supervision, improved the regulatory framework, and gradually improved resource mobilization and credit allocation.
Other efforts were made to ease the accumulated burden of bad loans on the banks in the late 1980s. In 1989 the Bank of Ghana issued temporary promissory notes to replace non-performing loans and other government-guaranteed obligations to state-owned enterprises as of the end of 1988 and on private-sector loans in 1989. The latter were then replaced by interest-bearing bonds from the Bank of Ghana or were offset against debts to the bank. Effectively, the government stepped in and repaid the loans. By late 1989, some ¢62 billion worth of non-performing assets had been offset or replaced by central bank bonds totaling about ¢47 billion.

In the early 1990s, the banking system included the central bank (the Bank of Ghana), three large commercial banks (Ghana Commercial Bank, Barclays Bank of Ghana, and Standard Chartered Bank of Ghana), and seven secondary banks. Three merchant banks specialized in corporate finance, advisory services, and money and capital market activities: Merchant Bank, Ecobank Ghana, and Continental Acceptances; the latter two were both established in 1990. These and the commercial banks placed short-term deposits with two discount houses set up to enhance the development of Ghana’s domestic money market: Consolidated Discount House and Securities Discount House, established in November 1987 and June 1991, respectively. At the bottom of the tier were 100 rural banks, which accounted for only 5 percent of the banking system’s total assets.
By the end of 1990, banks were able to meet the new capital adequacy requirements. In addition, the government announced the establishment of the First Finance Company in 1991 to help distressed but potentially viable companies to recapitalize. The company was established as part of the financial sector adjustment program in response to requests for easier access to credit for companies hit by ERP policies. The company was a joint venture between the Bank of Ghana and the Social Security and National Insurance Trust.

Despite offering some of the highest lending rates in West Africa, Ghana’s banks enjoyed increased business in the early 1990s because of high deposit rates. The Bank of Ghana raised its rediscount rate in stages to around 35 percent by mid-1991, driving money market and commercial bank interest rates well above the rate of inflation, thus making real interest rates substantially positive. As inflation decelerated over the year, the rediscount rate was lowered in stages to 20 percent, bringing lending rates down accordingly.

At the same time, more money moved into the banking system in 1991 than in 1990; time and savings deposits grew by 45 percent to ¢94.6 billion and demand deposits rose to ¢118.7 billion. Loans also rose, with banks’ claims on the private sector up by 24.1 percent, to ¢117.4 billion.  Banks’ claims on the central government continued to shrink in 1991, falling to a mere ¢860 million from ¢2.95 billion in 1990, a reflection of continued budget surpluses.  Claims on nonfinancial public enterprises rose by 12.6 percent to ¢27.1 billion.
Foreign bank accounts, which were frozen shortly after the PNDC came to power, have been permitted since mid-1985, in a move to increase local supplies of foreign exchange. Foreign currency accounts may be held in any of seven authorized banks, with interest exempt from Ghanaian tax and with transfers abroad free from foreign exchange control restrictions. Foreign exchange earnings from exports, however, are specifically excluded from these arrangements.

The Ghana Stock Exchange began operations in November 1990, with twelve companies considered to be the best performers in the country. Although there were stringent minimum investment criteria for registration on the exchange, the government hoped that share ownership would encourage the formation of new companies and would increase savings and investment. After only one month in operation, however, the exchange lost a major French affiliate, which reduced the starting market capitalization to about US$92.5 million.
By the end of 1990, the aggregate effect of price and volume movements had resulted in a further 10.8 percent decrease in market capitalization. Trading steadily increased, however, and by midJuly 1992, 2.8 million shares were being traded with a value of ¢233 million, up from 1.7 million shares with a value of ¢145 million in November 1991. The market continued to be small, listing only thirteen companies, more than half in retailing and brewing. In June 1993, Accra removed exchange control restrictions and gave permission to non-resident Ghanaians and foreigners to invest on the exchange without prior approval from the Bank of Ghana. In April 1994, the exchange received a considerable boost after the government sold part of its holdings in Ashanti Goldfields Corporation.

One of the most pressing economic problems faced by all postindependence Ghanaian governments was the overvaluation of the currency. The unit of currency is the cedi, which is divided into 100 pesewas. In 1961 Ghana broke with the British pound sterling and pegged the value of the cedi to the US dollar. As Ghana’s terms of trade worsened in the 1960s, the real value of the cedi fell; however, successive governments feared either to float the cedi or to adjust its value, thereby raising the cost of imports and consumer prices. The overthrow of the Busia regime in 1971, following the introduction of a devaluation package, reinforced the unpopularity of such a move. The Acheampong government reversed course and revalued the cedi. It also increased the money supply to pay Ghana’s debts, leading to a sharp divergence between the official and the real rates of exchange.
The overvalued cedi, on the one hand, and low, regulated prices for commodities, on the other, led to a robust smuggling industry and to an extensive black market in currency. It became common practice for Ghanaians, especially those living along the country’s border, to smuggle Ghanaian produce such as cocoa and minerals into neighboring francophone countries. After selling on the local market, Ghanaians would then return home and trade their hardcurrency Central African francs for cedis on the black market, making handsome profits. Smuggling and illegal currency operations had become so extensive by 1981 that the black market rate for cedis was 9.6 times higher than the official rate, up from 1.3 in 1972. At the same time, reliable estimates placed transactions in the parallel economy at fully one-third of Ghana’s GDP.

Fifteen months after the PNDC came to power, in April 1983, the government began efforts to devalue the cedi. Rawlings introduced a system of surcharges on imports and bonuses on exports that effectively devalued the currency, because the surcharges on imports amounted to 750 percent of the amount being spent, and the discounts on exports amounted to 990 percent. Further, an official devaluation began in October 1983 in which the exchange rate reached ¢90 to US$1 by March 1986. By 1993 ¢720 equaled US$1, and by late 1994, ¢1,023 equaled US$1.
In September 1986, the government sought alternative methods for establishing the value of the cedi. At that time, the government relinquished its direct role in determining the exchange rate. The rate was instead determined at regular currency auctions under the pressure of market forces on the basis of a two-tier exchange-rate system, with one rate for essentials and another for non-essentials. In April 1987, the two auctions were unified. In subsequent reforms also designed to diminish smuggling and illegal currency dealings, private foreign-exchange bureaus were permitted to trade in foreign currencies beginning at the end of March 1988. By July 1989, there were 148 such bureaus operating, ninety-nine in Accra and thirty in Ashanti Region, with the remainder in other urban centers.

In 1987 US$207 million was allocated through the auction; and in 1988, US$267 million. By comparison, the foreign-exchange bureaus in the first year of operation, ending in March 1989, traded US$77 million worth of foreign currency, or about one-fourth the amount of foreign exchange allocated through the auction. Initially, prices at the auction and those at the foreign-exchange bureaus differed greatly. Efforts to reduce the difference, however, brought the gap from 29 percent in March 1988 to approximately 6 percent by February 1991. In early 1992, the auction was closed, although no official announcement was given.  Purchasers were referred to the Bank of Ghana, which used an exchange rate determined largely on the basis of market forces.
The government also successfully slowed growth in the money supply. In the late 1980s, the average annual growth rate reached 61 percent. By 1990 it had dropped to 13.3 percent but then accelerated slightly to 16.7 percent, standing at ¢317 million the following year. In 1991 the Bank of Ghana introduced a ¢1,000 note, the highest denomination issued since independence in 1957. Previously, the highest denomination had been ¢500. A total of ¢50 billion of the new notes was printed.